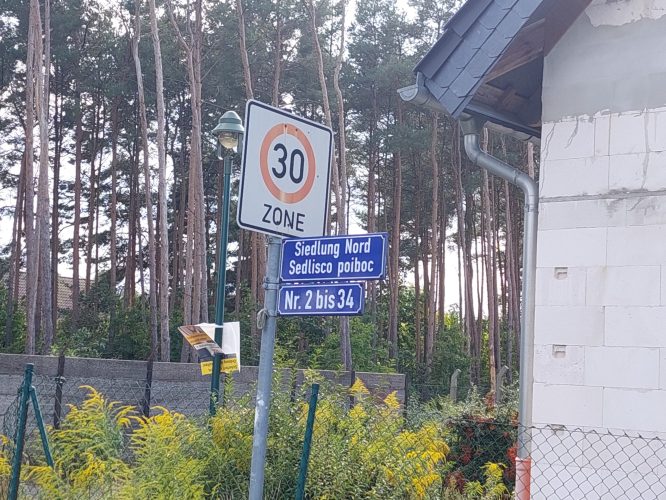 Language euthanasia or it should live (until it pays the bills)?

If a person is in an irreversible coma with no prospects for improvement, the question starts to arise whether the life-sustaining devices should be switched off. In some countries where the “assisted death” is under certain circumstances allowed, as soon as the patient doesn’t awake any hope for betterment, doctors and ethic commissions are turning on the mechanisms for the smooth and painless farewell with a patient who won’t wake up, being a financial burden for the healthcare, and whose existence only matters to his closest ones. Languages aren’t living creatures, but they certainly can reproduce, develop and disappear. In this way, they resemble human beings.

Many languages are today losing the race with advancing globalization. One of them is Lower Sorbian. As a language of less than 250 native speakers, being older than 65, and about 100 second-language speakers, Lower Sorbian isn’t very vital. Brandenburgian politicians, municipality workers, and other influential persons are always stressing how important the language is. But in fact, none of them speaks the language or even tries to learn it. Lower Sorbian is an asset for a very small group of people. Even Brandenburgian Lower Sorbian pedagogical institutions with the language as a focus either don’t speak Lower Sorbian (in the breaks) or can’t speak Lower Sorbian at all. In some schools, Lower Sorbian „hours“ are used as a puffer for other „more important“ subjects such as math or English. Many of the current Lower Sorbian language teachers will reach the retirement age very soon. Some revitalization staff members in the bilingual kindergartens and the bilingual classes at the primary schools offering Lower Sorbian as a teaching language for math, arts, or sport aren’t able to speak the language fluently. Many individuals who had a Wend family member, still have an inferiority complex and aren’t inclined to the language. One of the problems is that today there are only a few Wends who would oppose Bautzen’s centralization of political power. Older Wends are still stressing their peculiarity toward Upper Sorbs in Saxony. The presence of their standpoint dwindles though, as they get older and older.

Lower Sorbian is legally protected in Brandenburg and therefore present in public places. Lower Sorbian is there just to be there. Even though the Lower Sorbian name of the street on this article’s picture has a wrong spelling, nobody cares for many years.

Some efforts were made to revive this Brandenburgian particularity. However, the revitalization project Witaj, which was launched in 2001 in Lusatian kindergartens and schools, being „the last chance for saving Lower Sorbian“ according to the linguists Jodlbauer, Steenwijk and Spiess who gathered data about the number of its speakers in the eve of the new century (published as „Die aktuelle Situation der niedersorbischen Sprache. Ergebnisse einer soziolinguistischen Untersuchung der Jahre 1993 – 1995“ in 2001), has failed. We cannot speak of any proficient speaker of Lower Sorbian who has learned the language through the Witaj project well enough for the work as a language worker (proof editor, writer). We can count the individuals on the fingers on a hand who learned Lower Sorbian via Witaj, but who are mostly able to communicate orally.